In the mid-1990s, David Fritts was revered throughout central North Carolina as the King of the Yadkin. He was known nationally as the crankbait guru who won the 1993 Bassmaster Classic on Logan Martin Lake in Alabama, and the Bassmaster Angler of the Year title the following year.

Naturally, when B.A.S.S. scheduled back-to-back Classics in 1994 and ’95 on High Rock Lake — Fritts’ home waters on the Yadkin River — odds-makers figured it was a sure bet the hometown favorite would walk away with the top prize, and it was even more assured he’d use a crankbait.

They were half right. Fritts used crankbaits, of course. But he managed only 21st in 1994. He redeemed himself somewhat the following year when he finished fifth.

The home-state jinx was still in effect at that time. For the first 35 world championships, no one would win a Classic in his home state — much less on his home lake — and Fritts would be no exception.

But away from the Tar Heel State, Fritts was a force.

In Classic competition, Fritts fared much better on Logan Martin, winning in 1993, and then finishing third the next time around, in 1997. That same year, he won the Forrest Wood Cup, becoming one of the few anglers ever to capture both titles.

After two decades of Bassmaster competition, Fritts left B.A.S.S. and moved to the other tour in 2006. There he amassed $1.3 million in earnings, won six events and qualified for 11 Cups.

Fritts used a Legends Exemption (awarded to past Classic champions and Angler of the Year winners) to join the Elite Series in 2017.

Fritts was inducted into the 2019 Bass Hall of Fame.

Read more from David: The Importance of Cranking 21 Inches Per Turn 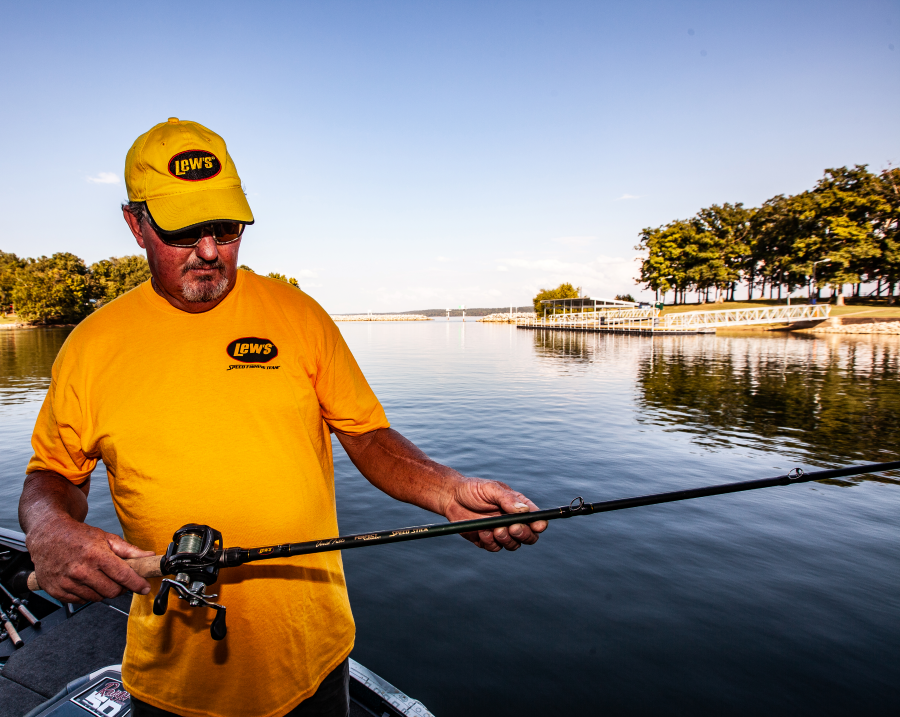 Lew's has the furthest casting, most dependable, best feeling products you will ever put in your hands.