Choosing the right gear ratio for different fishing applications can be confusing. Dan'O Sullivan of Advanced Angler shares the fundamentals of reel speed, recovery per turn, and which fishing techniques work best with reels of different speeds.

Does reel selection drive you nuts?  If so, there’s good reason. One of the more complicated components of fishing anymore is deciding which reel to use. We have a few brands around here in the Advanced Angler collection, and they are all top quality products. Each brand has a variety of models that grant the angler options to choose from that provide different features or quality of componentry.

Like so many other consumer products, fishing reels have to standardization system put in place.  With options from six, eight to ten bearings, infinite or multi-stop anti-reverse to long or short handles, straight or swept handles; the options are broad.

Outside of deciding based on an angler’s preference for specific brands, there are topics that are important to understand when purchasing a reel; and they are enmeshed with each other.

Those topics are reel speed – known as gear ratio – and the other is inches per turn.

What is Gear Ratio?

The abbreviation of IPT will often be seen on spec sheets for reels.  That abbreviation refers to how many inches of fishing line will be collected on the reel for each turn of the reel’s handle.  This measurement is typically directly related to the gear ratio of your reel.  This means that the higher gear rations will gather more line.

One tip to make sure you get the complete benefit of the full inches per turn capacity of your reel is to fill the spool completely with your line.  If you leave your spool unfilled, it reduces the circumference of your spool and therefore does not pick up the amount of line it is designed to retrieve with each turn of the reel handle.

Another thing to consider is that your reel will not retrieve as much line after a cast as it will when the lure gets closer to you on boat or shore.  Again, the diameter of the line on the spool is smaller, so it will pick up less line with each turn of the reel handle.

What Does This Mean On The Water

How the rubber meets the road in relation to gear ratio and inches per turn should dictate how a particular model is used.  A slower reel typically moves the lure through the water at a moderate pace, but has more grinding power, while a faster reel moves the lure more quickly, but sacrifices grinding power.

Angler preference really plays into selecting a gear ratio, but there are some rules of thumb that can be applied to help you decide.  One involves water temperatures; the colder the temperatures, the slower reels should be used.  Transversely, an angler should select faster reels in warmer temperatures.

Most anglers select reels by the technique. deep crankbaits, slowly grinding swimbaits or slow rolling a spinnerbait are often done on slower gear ratios, many mid water column techniques are best on mid level speeds, while Flippin’, frogging, topwater, jerkbaits and a few others work great on the highest speeds.

One trend of late is that some of the anglers on tour have gone exclusively to the faster gear ratio reels for everything. There are tradeoffs to utilizing that high of a gear ratio, but they have a reason. While many people would believe that using a fast reel is so they can retrieve the lure more quickly through the water column, the truth is, they are correct. However, the high speeds are not used for actually presenting the lure, in most cases it is used to speed reel the lure back in to make the next cast once the lure has exited the strike zone.

What Techniques with What Speed?

We could go back through our articles and give you a blow by blow of what each angler uses, but what we’ll instead do is tell you how we have selected reel speeds based on our experience with testing what the pros have shared with us over the years.

5.1:1 to 5.4:1 – We use this speed for several things. The most commonly used technique with this reel speed is deep crankbaiting. We have found that it is actually possible to over-reel a deep crankbaits and actually reduce the depth that a reel reaches by using too high of a speed. We also use a 5.1:1 for slow rolling spinnerbaits at times or while throwing a jerkbait in cold water.  The honest truth is that this is the thinnest of our reel inventory because it has such limited usage.

6.2:1 to 6.5:1 – We personally use this speed range anytime we are tossing spinnerbaits, throwing jerkbaits, shallow running and lipless crankbaits, early season swim jigs, vibrating jigs and swimbaits / umbrella rigs. This reel speed gives us the ability to slow down if the fish are less aggressive, but also gives us enough speed to make lures come to life.  We tend to use this speed range about 30 to 40-percent of the time. 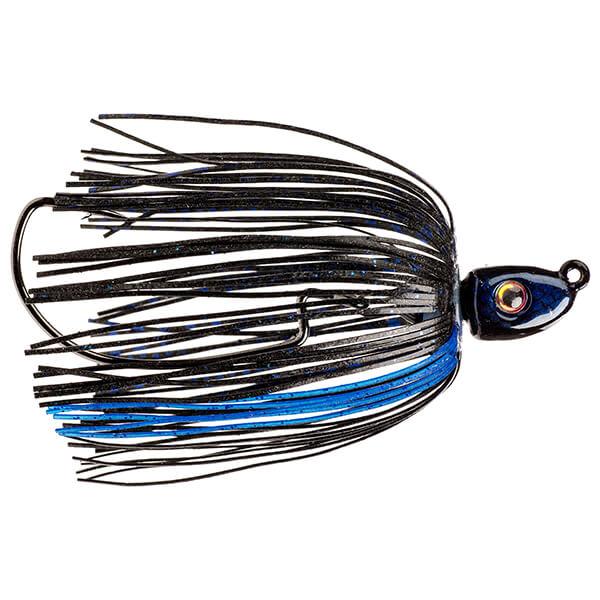 7.1:1 to 9.0:1 – This has become the reel speed range we use most often. This reel gets used for Flippin’, Froggin’, deep jigs, swim jigs in warmer weather, soft plastic stickbaits, topwater and late season jerkbaits.

The reason we favor this reel for so much is not because of the speed for actually presenting lures to the fish, but for retrieving lures quickly to make the next cast. It is also great for catching up to fish who strike and / or push towards you and you need to quickly catch up with the slack line.

The one thing to consider when using this reel for techniques from Froggin’ to Flippin’ is that the majority of the fight is done with the rod and less by grinding the reel handle to control the fish. This reel speed category tends to have less power than the others so trying to grind a fish out of heavy cover by winching is not going to be very effective. The angler is going to have to pull fish out of cover with the rod and gather line with the reel.

Every angler will have their own preference, but we wanted to give you some basis for making your decision on your reel purchases or when organizing your reels and rods. We have our favored brands, but there are a lot of good brands out there, and each of them offers anglers a wide variety of gear ratios for you to select from.

Try to experiment if you can with different ratios for each technique and condition. The more understanding that you have with lures on different ratios, the better off you’ll be applying them under different conditions.

“Drop” on more bass this season!

All About Glass Fishing Rods

All About Lew's Speed Dial

Andy Montgomery on the Best Gear for Skipping Jigs

Brian Latimer – From the Last Stop at The Potomac River